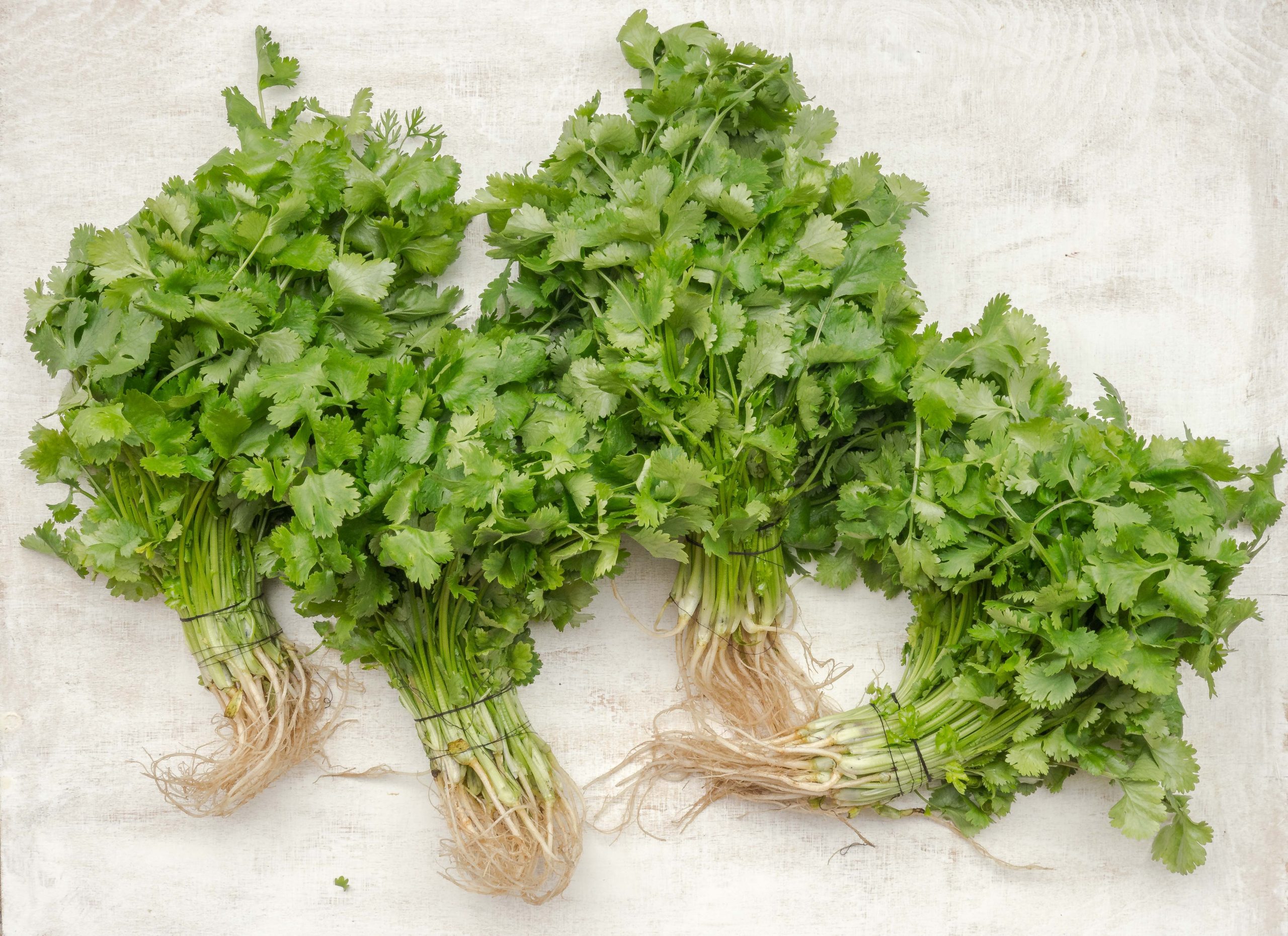 Cilantro is a parsley-type herb. When grown for leaves only, it is called cilantro but if allowed to continue growing to seed, it becomes what is called coriander. In this article, we will discuss cilantro. Cilantro grown hydroponically does well with the drip irrigation method, somewhat less light than some other crops and a wide variety of pH conditions. This plant is easy to grow, takes up fairly little space and is often ready for harvest in six weeks time.

Cilantro does not relocate well, so it is often best to plant seeds directly into the growing medium you will be using. This plant grows equally well in perlite, vermiculite, coco peat, rock wool or Oasis foam.The main consideration is that the medium allows for proper drainage so your plant does not become over-watered. Using a drip irrigation method will allow better control over the amount of hydroponic nutrient solution your cilantro receives.

Cilantro prefers a pH range of 6.5 to 7.5, but is tolerant of some variation in regards to this. Plants need to be started nine to twelve inches apart, but this distance can be reduced to a mere six inches once leaves start maturing. It takes an average of a week to ten days for seeds to germinate and the leaves are ready to harvest in as little as six weeks. Cilantro grows quickly and is ideal for herb sellers because of this quick turn-around. Each plant can grow anywhere from eighteen to twenty-four inches in height.

Lighting requirements for cilantro are versatile and the plants can grow under standard fluorescent, high output fluorescent or HID grow lights. As with any use of grow lights, you will need to make sure they are placed at the proper distance to provide enough light, yet not burn the leaves. Standard fluorescents can be as close as two to four inches, but you will need to place other fluorescent bulbs at least a foot above the plants. HID (high intensity discharge) grow lights need to be placed even further away. Ideally, they will be two to four feet above the tops of the plants. With HID grow lights, you will also want to have a fan circulate air and cause the plant leaves to move to prevent over-heating.

Cilantro is a hardy plant that can withstand low temperatures. It needs light but also needs cooler temperatures to remain as cilantro longer. The higher the heat, the quicker this herb flowers. Once this happens, the plant becomes bitter and the flowers need to be left to go to seed, becoming coriander. This plant self-pollinates very well so does not need help. Any pest problems can be virtually eliminated by growing your cilantro hydroponically inside a greenhouse.

This herb isn’t just a commonly-used leaf and seed ingredient found in many delicious recipes, it’s also a powerful natural cleansing agent. Cilantro has been effectively used to help remove heavy metals and other toxic agents from the body. Also, the rich qualities of cilantro oil have a powerful positive effect on the inner digestive tract, as it aids our digestive system in its production of digestive enzymes, acids and juices. The oil also helps to stimulate digestion through peristaltic motion.

There is also a large amount of research that suggests cilantro could be one of nature’s best bonding agents, especially for individuals who have been exposed to high levels of environmental toxins and mercury. Mercury excess is a common problem that may be the result of metallic teeth fillings or the over-consumption of predatory fish, such as Tuna. Many people who suffer from excess mercury report that the feelings of disorientation resulting from the poisoning can be greatly reduced through consuming large and regular amounts of cilantro over an extended period.